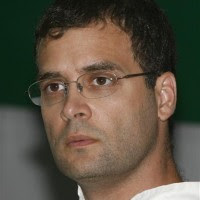 The 30 minutes long discussion was focused on issues like creating democratic environment in college campuses, 6% GDP for education, implementing right to education act, minority status certification of JMI and AMU and impartial inquiry into all recent blast cases and encounters.

Suhail KK expressed his concern over further steps in Right to Education Act like notification etc which should be taken swiftly. The increased budgetary allocation for school education is totally insufficient, given the promise of universal elementary education that has been made a constitutional obligation by the Right to Education Act. The Govt should at least spend 6% of GDP on education sector.Speaking on Minority status certification of JMI and AMU, SIO President demanded that the Government should take right action for building the confidence of Muslim Community in considering the fact that Jamia Millia Islamia and was set up for improving educational standards of Muslims. Sharing the feelings of lacs of Muslim Youths of India that they are being targeted and hunted and kept at a face of psychological war,SIO leadership requested Rahul Gandhi to pressurize the Govt for an impartial inquiry over blast cases and encounters. Rahul Gandhi also expressed his concern over educational backwardness of Muslim community specially the Madarsa and the issue of female participation in nation building. Rahul expressed his happiness on the works done by SIO to enlighten Muslim youths to participate in nation building process.