Students Islamic Organization of India-SIO Mumbra Unit has organized a career guidance workshop for graduates and post graduates students of Mumbra on 26th May, 2013 at JIH Women’s Centre with motto to spread awareness about UPSC/ MPSC exams, higher Education (Post Graduation to PhD) and also the soft skills required to survive in the corporate world. This was the 2nd Successful workshop organized by SIO Mumbra for graduates. Near about 103 Students from all over Mumbra actively participated in the workshop. Guests for the workshop were welcomed by Mr. Parvez Khan (President SIO Mumbra). 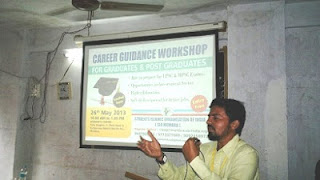 Program started with the Recitation of Quran (Surah Al-Rehmaan) followed by its translation in Urdu.
Mr. Farooque Naikwade (Founder and Director of Steel Frame Civil Servises) covered the topic “Career in Civil Services- UPSC/MPSC and Exams Preparation”. He said that it is not the examination which is tough but lack of dedication toward these exams which fails students to clear such examinations. He motivated the students giving lots of practical examples to just take it
seriously and nothing is impossible. 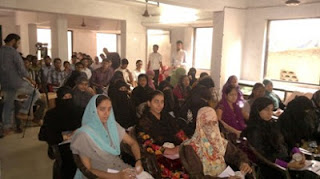 Next Session was conducted by Dr. Altamash Faizi (PhD in Population Science / Demographic) on “Higher Education, Earn and Learn”. Using PPT presentation he highlighted the importance of higher education and about various fellowship/ scholarships which are available and provided for PhD which varies from 10,000 to 70,000 per month. Covering various HDI & other statics along with current situation he appealed students to go for higher education and PhD where they can earn while studying. 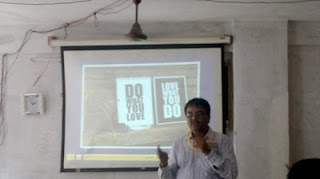 Followed by a two way interactive session by Mr. Sarfaraz Ahmad Ali Lakhani (MBA H.R. & acting soft skill consultant for MNC’s in many countries) on “Soft Skills for a Better Job”. He started with a short video from which he explained how initative, education, discipline and team work can make a difference in the corporate world. He also said in this current situation where majority youth fails to get a good job is due to poor communication skill and lack of interview preparation. 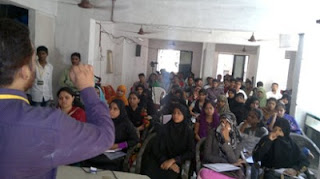 Last session for the workshop was on the topic “Careerism” by Prof. Javed Shaikh (Ameer-e-Maqami JIH-Mumbra and HOD-Mech. Dept. of Kalsekar Technical College, Panvel). He motivated the students to study for higher but also showed that how wrong perspective can lead to disaster. He asked student to know their Lord first and gain knowledge for right perspective.
Here Program for the Day concluded with a vote of thanks by the Convener-Anas Khan (Associate SIO-Mumbra).
By SIO Mumbra at May 28, 2013