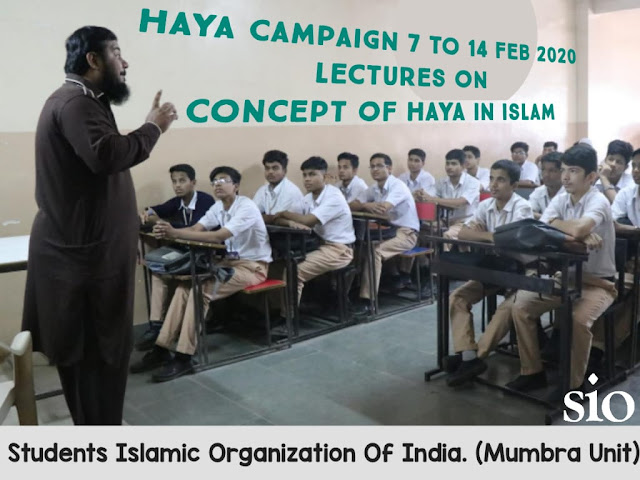 Haya Campaign
Looking at the youth of today, it is easy to guess that the majority of today's youth have gone from their religious, educational, and moral grounds to the filth of the day, ignoring their career. One of the links in this series is the rise of the concept of shame among young people. Striking their religious foundations, today's youth are on the path of infidelity affected by Western civilization. It has always been her intention to guide the students and young people towards their bright future and keep them aware of their purpose.
Whereas Western civilization celebrates Valentine's Day immersed in a civilization on February 14, it is this day that I try to reach the image of the living.
Like every other year, this year students Islamic organisation of India Mumbra organized the Haya day, which took place the following activities on February 7 - 14.
1- The Friday sermons of the mosque should be addressed by the Imams of the mosque on topic of modesty 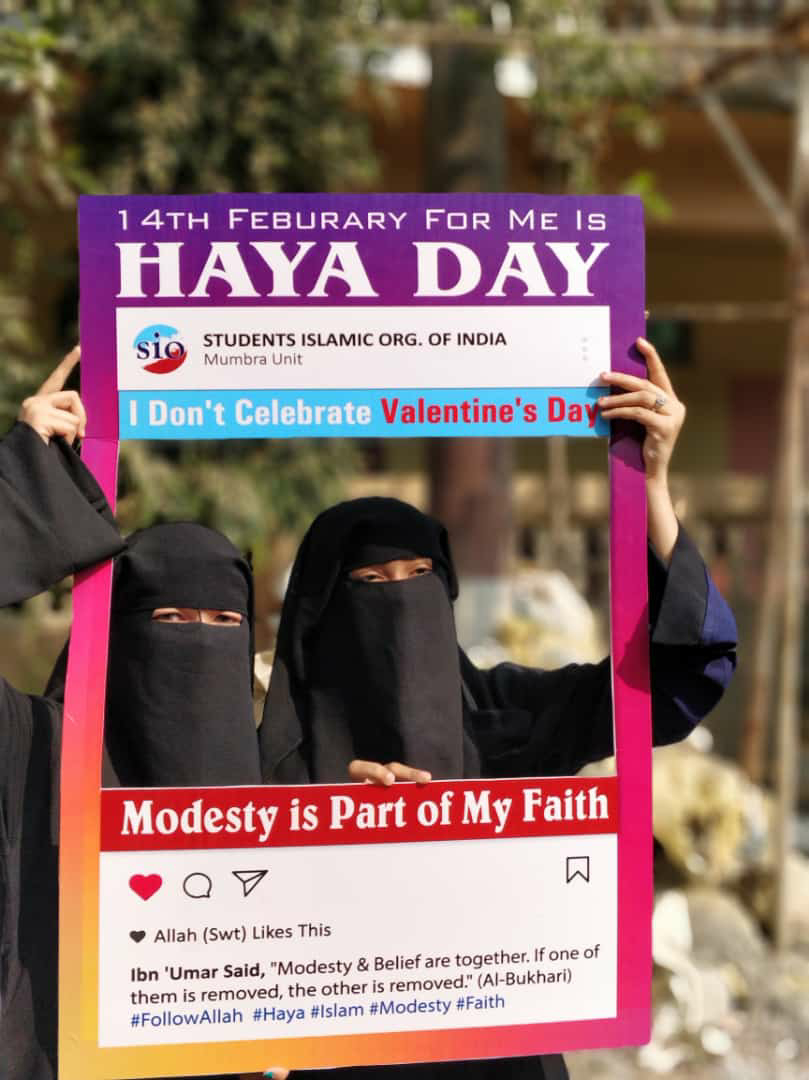 4- Members visited  many of the well-known gift shops and were informed about the image of Haya as well as appealed to them not to put special gifts in the shops on Valentine's Day. Almost all of the shops in Mumbra agreed, after which they would post messages outside their shops about haya and Islam. 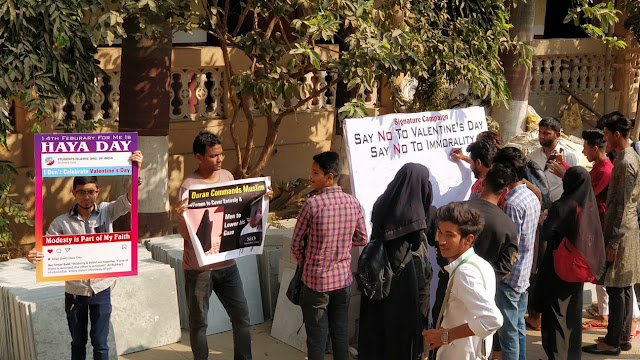 5. On 14 February Kalsekar Degree College and M. S. college was covered with as the signature campaign, displayed posters with haya messages and selfie windows with messages like "My religion teaches me life and I don't celebrate Valentine's Day. We'll celebrate Haya day," wrote the message.
Such a beneficial campaign was organized in Mumbra.
By SIO Mumbra at February 12, 2020