A grand Student Meet held at Dongre Compound, Tanwar Petrol pump, Mumbra with the theme “Apna Maqam Paida Kar”. To welcome the Guests a Bike Rally was organized up to the venue. More than 3000 students and local people attended the conference.
Conference started with recitation of Quran followed by its Tarjuma (translation) in Urdu.
Br. Mirza Kamran Baig (President- SIO Mumbai Division) gave a brief intro of the theme. In which he pointed various evil deeds in our Muslim students-youths and our Muslim society. Also stated the role played by SIO to make them understand the difference between right and evil.
“Mar Jayeng Imaan Ka Sauda Na Karenge” Tarana was then sung by Islamic Friends Circle (IFC) of SIO Mumbra.
“Aae Naujawan! Teri Manzil Kahan Aur Tu Gum Kahan” was the topic highlighted by Janab Abdul Waheed Sahab (Ex-President SIO Mumbai); in this taking help of some statistics clarified the present scenario and position of Muslims in our society. Coming to Education he said that only 17% of Muslims pass SSC whereas 2% get graduated and 1.3% goes for Post-graduation. By giving an example stated that we Muslims no longer bear any value in this society also we never ever tried to achieve it. He also explained how much do our country cares for us. He even explained the way we are misusing technologies such as Television, Internet, Mobile, etc.
“Mohabbat Hai Mujhe Un Naujawano Se” in this topic Janab Mujtaba Farooq Sahab (National President,Welfare Party of India-WPI) pointed that it is our indeed necessity to follow and implement teachings of Prophet Muhammad (PBUH) in our daily routine life. Giving a review of prophet’s life in Makkah and Madina highlighted that those were just handful of sahabas who come hand to hand and accepted Islam and again those few Sahabas fought to spread Islam, either we take a look of Badr or Uhad. With this he specified that being minority it is necessary for us put double and triple efforts in order to succeed from this overwhelming majority. He even made a comment on how we Muslims are used and thrown in politics just for the sake of votes by our politicians. He asked the students to become expertise in Indian laws and bureaucracy so we can contribute to the society.
On public request SIO associates performed a Drama in which they showed how much our current generation values their parents.
“Indian Society and Role of Muslim Youth” was tackled by Janab Siraj Sahab, he emphasis on social issues and asked students and youth to come forward to contribute Indian society to eradicate the social evils like corruption, castism and communal violence.
After that “Aae Naujawan” Tarana was sung by Islamic Friends Circle (IFC) of SIO Mumbra.
Br. Hamidullah Shaikh (President – SIO Mumbra Unit) presented a short audio-Visual Documentary about various SIO Mumbra activities so far.
Janab Tahir Shah Sahab (Principle, AlFalah High School)  emphasizes the role of parent in monitoring the morality and character of their children. He requested them to be alert and aware of their children’s company and friend circle. In the end he made an appeal to connect with SIO in order to stay away from evils.
In the end Br. Zubair (Conference In charge of Mumbra) briefly explained about AML-Apostle Multimedia Library, an alternate to electronic evil to speared the message of Peace, Justice and Humanity.
Conference concluded with a vote of Thanks and Dua by Br. Ziyaul Islam (Secretary - SIO Mumbai Division). 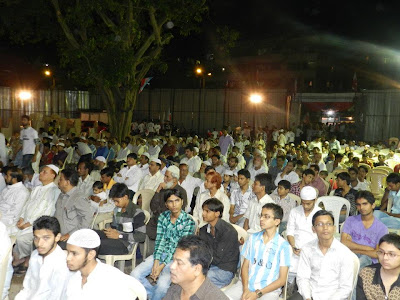 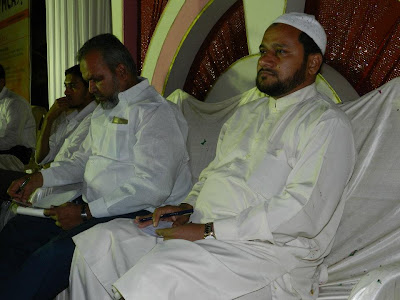 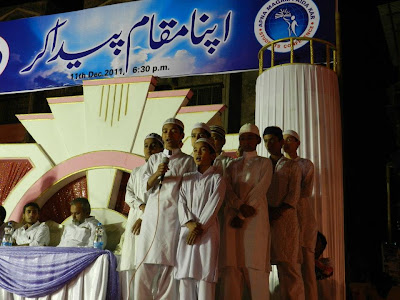 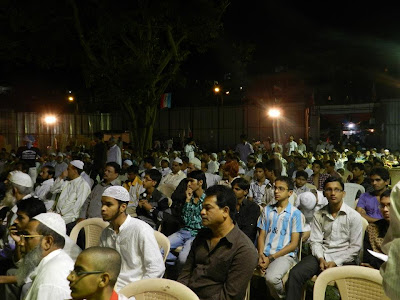 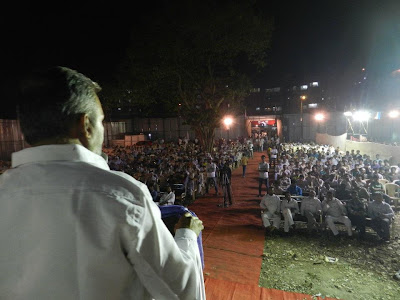 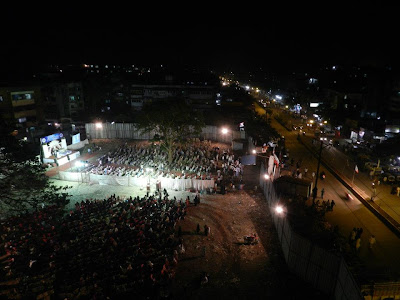 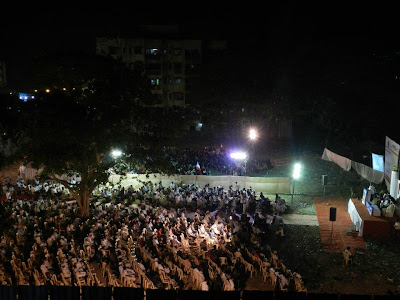