Judicial Enquiry must be conducted on Batla House encounter: SIO

(24/03/2010): A massive students march had been organised by Students Islami Organiation of India (SIO) demanding a judicial probe on the Batla house encounter on the wake of the postmortem report obtained from NHRC. The postmortem report of the slain youths Atif Ameen and Md. Sajid undoubtedly confirms that both were murdered not by Gun shots but by blunt force on the back of head. 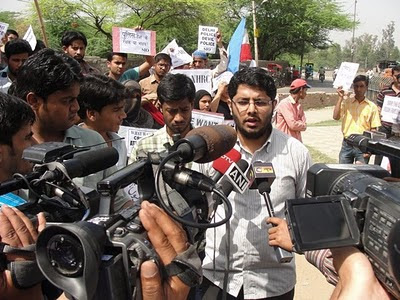 Satya Ramakrishnan (Film Maker) stated that it is unfortunate that the protectors of law themselves are violating the law of the land. Human rights violations are being done not only in the form of encounters but also by arrest and torture of innocents. The police never spoke of the large number of people who have been set free after proving their innocence. The propaganda led by the post 9/11 resembles the same as the Hitler’s against Jews. He urged to struggle till success. 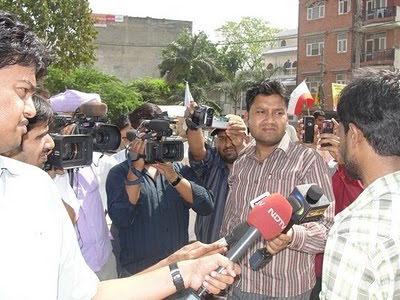 Mujtaba Farooq (Secretary, Jamate Islami Hind), addressing the march said that the encounter is just an example of many such incidences and our demand is not just to bring the murders of Atif and Sajid but also Inspector, MC Sharma before justice. It is unfortunate that even the National Human Rights Commission does not have humanitarian considerations. 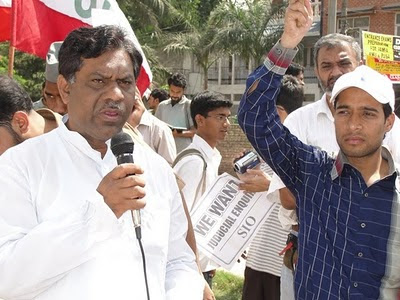 Tasleem Rahmani (President, Muslim Political Council) in his speech pointed out that the postmortem reports of the slain young men, which have been made public for the first time confirms that, the boys were hit by ‘blunt force impact by object or surface. He reiterated that this struggle for truth must not end in Batla House but must reach the Parliament street and if necessary the jails must be filled. 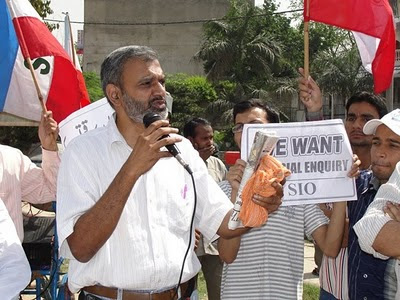 Suhail KK (All India President, SIO of India) said that the truth which has come out by the RTI application of Afroz Sahil is only one of hundreds of cases of merciless killings by authorities, which must come in the limelight. The postmortem report which says that the cause of Atif Amin’s death was shock and hemorrhage as a result of multiple injuries is the approval of the findings of various fact finding teams which had made its verdict to be a fake encounter. The issue is never related with any community but the whole citizens of . He said that it is unfortunate that the Indian government is waging war against its own citizen in the name of terrorism and ‘operation green hunt’. The Government if they really want to curb the menace of extremism from its roots, it must wipe out injustice from society. Terrorism is a bi-product and deviated reaction of a victimized section of society against government’s public policy and developmental priorities. Suhail strongly demanded that judicial probe must be conducted into the Batla House incident and said that SIO with make joint efforts with all social groups to pressure the authorities towards this cause. 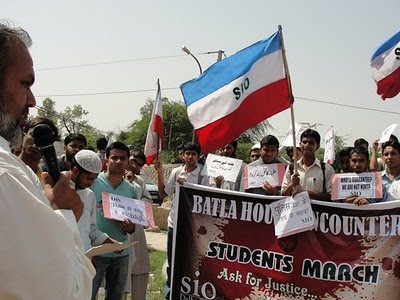 Speaking with the media, Shahnawaz Ali Raihan (National Secretary, SIO of India) “I took one and half years to get the Post Mortem report! Since the post-mortem report says both Atif and Sajid had injuries inflicted by a blunt object, other than the numerous gunshots wounds of their bodies, and they were shot from elevated position, so all these makes Batla House Encounter more controversial. To clear all these doubts there must be independent investigation. On the ground of Justice we demand from UPA Govt. to announce an inquiry into the incident by a sitting Judge of Supreme court immediately.”