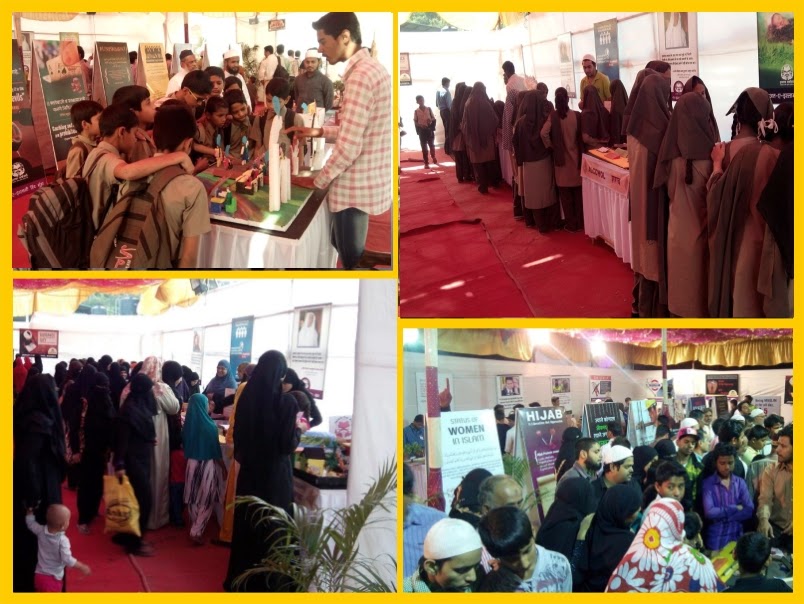 As a part of all Maharashtra Dawah campaign 'Islam For All', an Islamic Exhibition was organised by SIO, JIH and GIO Mumbra at M-Gate Mumbra station from 9th to 11th January 2015.

Various political, economical, social, moral issues of the society were highlighted using different models, charts, video documentary and  their ideal solution in the perspective of Islam were interpreted by SIO & JIH associates. The exhibition was scheduled in different sessions of which the morning session was completely dedicated to Students. SIO approached nearby schools inviting students and staff to visit the Exhibition resulting thousands of students, youth, women and elders visitors. During the evening open session SIO representatives met visiting teenagers and youth encouraging them to contribute for the campaign also introduced them with the aim and objectives of SIO asking them to join SIO.

Apart from this exhibition JIH and SIO performed 94 Street play making people aware with the necessity of conveying the message of Islam to our fellow human beings.

Campaign concluding program will be on 17th January 2015 from 7PM at Jain Mandir Ground, Mumbra.